I’m currently at one of those points where the rebuild is held up because I haven’t got the right bolts in my possession.  This time I’m waiting for some 1/4 UNF x 1’s and some 7/16 UNF x 2’s to arrive.  I made the decision that all nuts and bolts will be replaced in this rebuild (as well as all bearings, paint, piping and plating… ) and shortcuts are only really cheating myself.  So I’ll finish the section I’m working on in the evenings next week.  I’m also waiting for HSS to come up with a 450Nm impact driver, which is what I think I need to undo the hub bolts on the rear uprights.  But this all good stuff – since the rear end bracketry came back from the platers I feel that the project is moving again.

So this hiatus gives me a chance to think.   At the HSA season closer at Curborough a couple of weeks ago I got to sit in Richard Summers’ RF80 and it was a great opportunity to look at how the car compared to mine. Plainly something was driving the development of Formula Fords quite hard in the early 80’s.

The RF80 (I stole this picture from an advertising site – so if you think I’ve infringed your copyright I’ll take it down and find another one..) has a very simple rear end. Everything seems to be focused on the rear beam which is bolted to the brackets on the output castings. The initial impression you get is that the Mk9 must be highly loaded.  But the top wishbones are hinged at the beam/chassis interface and “toe” loads are resisted by the trailing link which connects to the chassis at the base of the roll hoop, so it might not be too bad in that respect. Above all this is a simple car.

The RF84 rear end has a higher part count for a start.  And the overall theme seems to revolve around providing greater rigidity, whilst possibly taking the load off the VW manufactured gearbox casing. There may well also have been an aerodynamic drive to get the shocks and suspension links out of the airstream.

The RF84 uses aluminium plates to mount the suspension to the spaceframe all round, and two of these plates are used in the rear suspension; one as a sort of rear bulkhead and one which is bolted across the rear of the gearbox.  Surrounding these are a number of fabricated brackets, and below the box a plate and machined aluminium sections take the load and provide rigidity.  The picture below shows the main bulkhead and its associated bracketry.  The whole thing is quite complex, but very nicely manufactured. 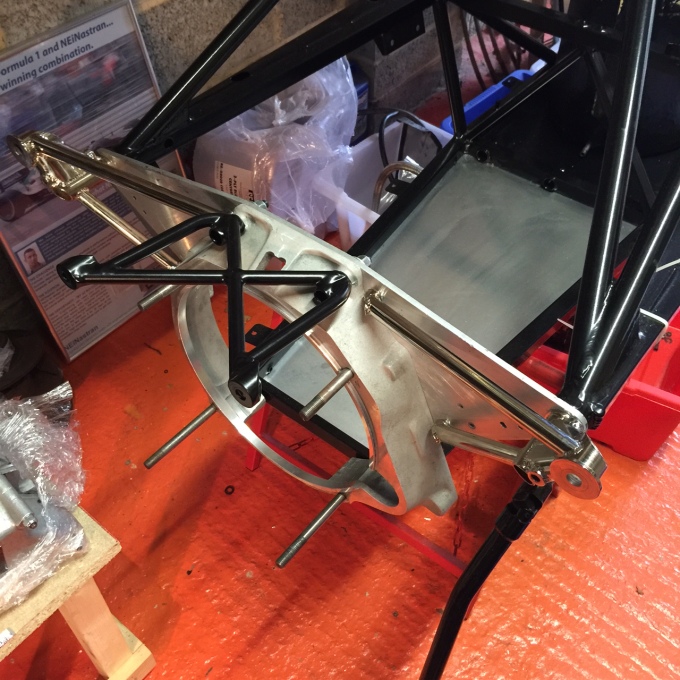 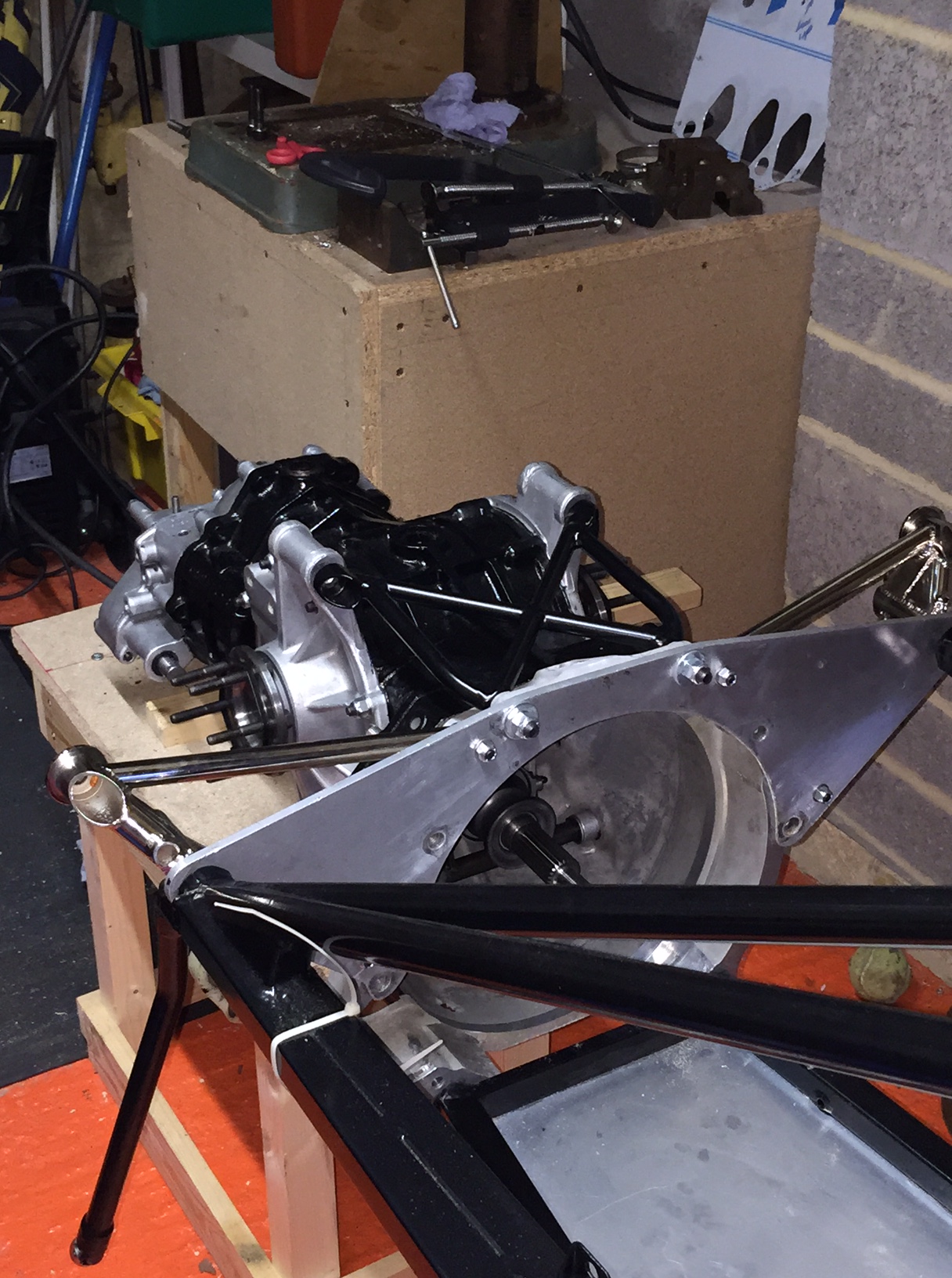 The following pictures (obviously pre-rebuild) give a pretty good idea of how complex the rear of the car is compared to the RF80.  The competition between manufacturers was pretty intense at this time and it really shows. Its why Formula Fords are so fascinating.

And in closing, looking at some pre-rebuild pictures is a great motivator – the car is really looking much better.

Yesterday was the annual H.S.A season closing meeting at Curborough.  This is the third time I’ve done this event and it remains as friendly and enjoyable as ever.

I hadn’t run the Panda with its new cam at a single lap event at Curborough before, so I’d hoped to break into the 41’s.  The first timed run indicated that I might achieve this, being 3/10’s under my previous PB at 42.02. But then as I queued up to do my final timed run it started spitting with rain. Not enough to wet the track noticeably, but I’m pretty sure it was enough to slow things up a little. Only one of the first 20 runners improved on their first run time, and even in the second half of the running order a lot of people were slower second time out.

Between runs I got talking to the Formula Ford field, and had a sit in Richard Summers’ really tidy RF80.  This is a much simpler car than the RF84, and is certainly easier to get into. But sitting in a Formula Ford again has fired me up to get mine finished as soon as I can.

3/10’s off my PB wasn’t a bad way to end the years competition.  2016 was a really great season, equal 3rd in the Midland B championship and 37th in the H.S.A championship, 17 places up on last year. It was also hugely enjoyable.  And of the 6 venues that I’ve run at only my 2015 time from Gurston remains from last year as a PB. Everywhere else I took reasonable chunks of time off last years runs. (Even at Gurston I went faster in 2016 than in 2015 – typically it was in practice.)