This shouldn’t come across as criticism, but although the Radical SR1 is in many ways an incredible racing car, in one critical respect it differs from most others I’ve come across. 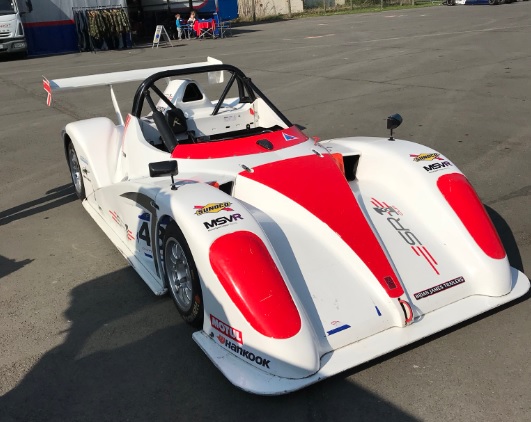 When I bought the SR1 it only had one set of harnesses, so in what passes for me as deal making, I got the seller to knock the cost of a new belt off the asking price.  On top of that, when I drove it, the seat was a bit far back; however initial attempts to adjust the seat were doomed to failure. Fitting the new belt wasn’t any form of priority all the time the car wouldn’t go on the trailer, so I left it all alone for a while whilst the new ramps were fabricated. (Very nicely it has to be said.)

With the 2019 season now history I started work on these two issues.  Removing the seat seemed like a good place to start.  It would allow me to work out what was wrong with the adjustment mechanism and wouldn’t do any harm when it came to swapping the belts around.  Most of my projects start with me staring at things for a while, but staring at the SR1 didn’t progress things any.  How you removed the seat totally escaped me. So I emailed Radical. And was sent some instructions.  Which still made little sense, and were ultimately proven to be quite wrong.  Cue more staring at a car in a shipping container. The stand-off was broken by a friend who said “ the only way you’ll get that apart is to drill those rivets”. Once I’d done that, undone 2 bolts under the riveted section, removed the roll hoop stays and loosened the sidepods, I could actually get the seat out.  Well, I could after I’d lifted it up, reached underneath and removed the crotch belt connections.  (I only loosened the sidepods because taking them off meant removing the water radiator and oil coolers, because, barely credibly, these were fitted into the fibreglass mouldings themselves.)  The SR1 is in no way designed for rapid maintenance.  Like a racing car is.  I’d expected everything to be instantly removable.  You can achieve what took me over 4 hours in less than 5 minutes on my Formula Ford.  And that’s one which is famously difficult to work on. I’d guess that with a bit of practice I could get the time down to a couple of hours.  Certainly not the sort of thing that could be done at an event. I guess it’s all about the profit motive because making everything removable properly would add cost.  I’ll put it all back it as it is for the moment, its just too big a job to re-engineer it all properly now; annoying things like having to go to work see to that. 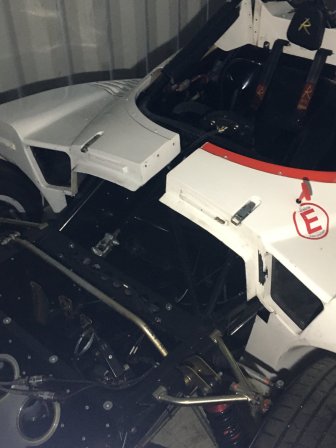 So my new, well it’s a lot newer than my Formula Ford, SR1 has sprung a few unpleasant surprises, but funnily enough I don’t seem to like it any less.. Before long I’ll have it all back together and can’t wait to get driving it again.